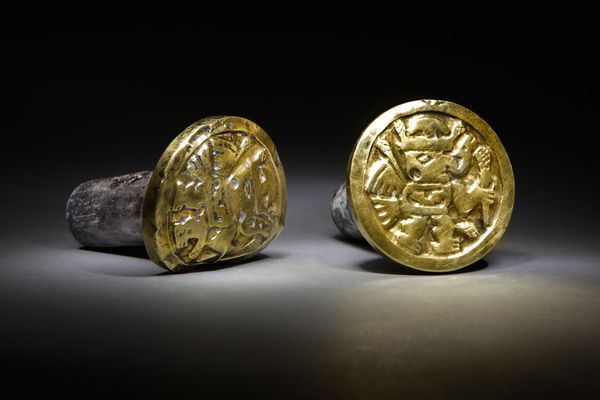 Images of winged, supernatural beings adorn a pair of heavy gold-and-silver ear ornaments that a high-ranking Wari woman wore to her grave in the newly discovered mausoleum at El Castillo de Huarmey in Peru.

The Wari forged South America’s earliest empire between 700 and 1000 A.D., and their Andean capital boasted a population greater than that of Paris at the time. Today, Peru’s Minister of Culture will officially announce the discovery of the first unlooted Wari imperial tomb by a team of Polish and Peruvian researchers. In all, the archaeological team has found the remains of 63 individuals, including three Wari queens.