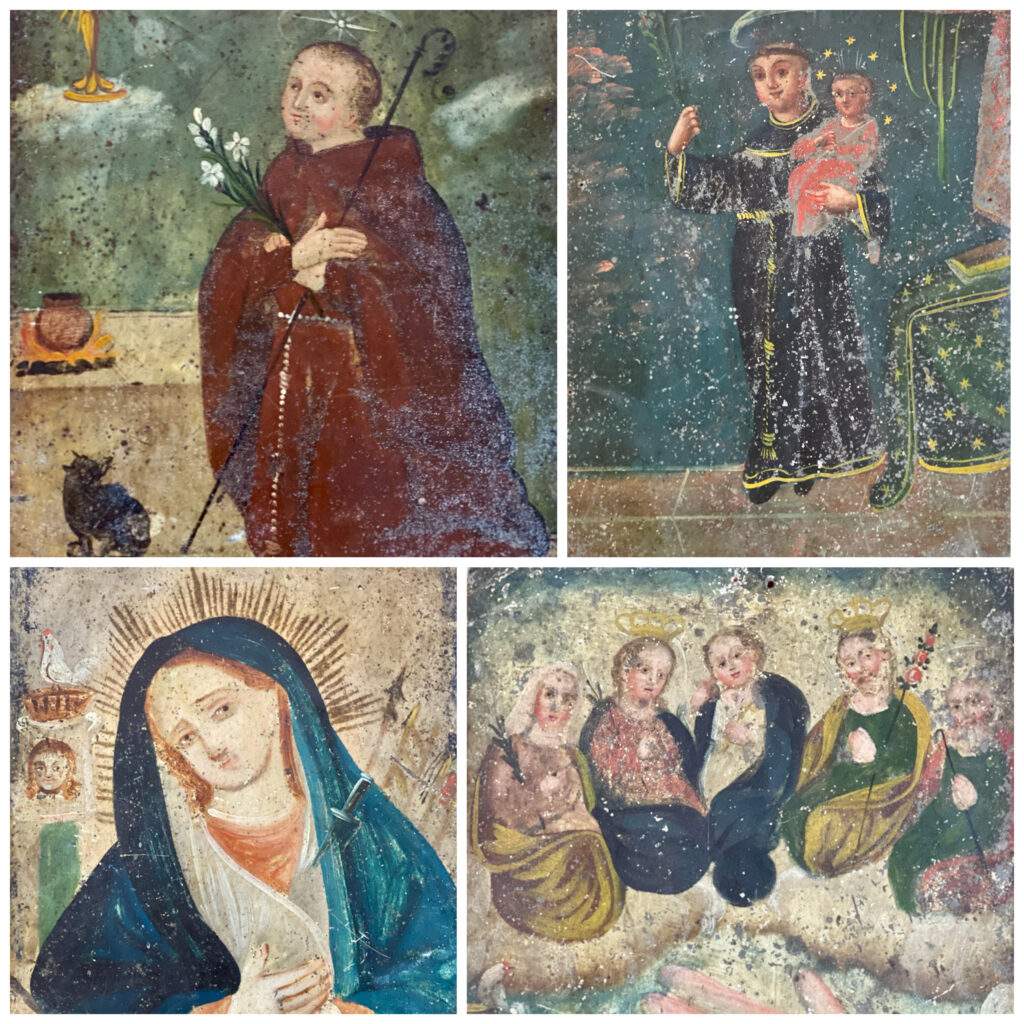 Retablos, better known as “laminas” in Mexico, are devotional oil paintings created on small rectangles of tin, wood, or copper. They were typically created for home altars to venerate beloved Catholic saints (“retablo”, or “retro tabula” meaning “behind the altar”). This art form had deep European Catholic roots – where retablos were sometimes grand and elegant altar pieces – and was brought to Mexico during the era of Spanish conquest, being later adapted into a folk art style by indigenous peoples. Trade routes soon brought them to Peru also, where retablos have flourished for centuries.