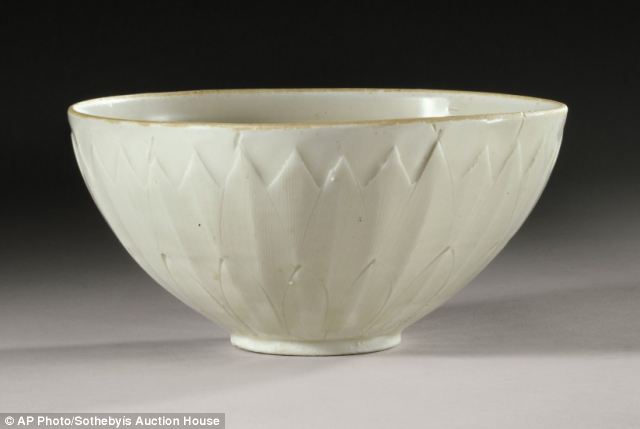 A rare Chinese bowl bought at a tag sale for $3 has sold at a New York auction for more than $2.22 million.

The 1,000-year-old bowl was part of the opening session of Sotheby’s fine Chinese ceramics and works of art auction Tuesday.

The person who put the bowl up for auction bought it at a tag sale in 2007 and had it displayed in the living room for several years before becoming curious about its origins and having it examined.

The bowl is 5 inches in diameter, white in color and from the Northern Song Dynasty.